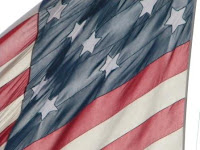 
It was the perfect time to wear my new Regency dress. I definitely put it through its paces! I can also tell that I slouch way too much. The straps of my short stays dug into the front of my shoulders by my underarms like crazy! I even have the marks to prove it. I also learned why they wore a scarf around their shoulders and tucked into the top of the bodice - the back neckline is low and I got a nasty sunburn even though I put on sunblock! So going on my checklist of things to sew - a neck scarf thing, a day cap for wearing under my bonnet, and to get my bonnet decorated properly. Oh, and to improve my posture!


I also dressed up the kids. I only had their 1860s outfits, but my daughter's style dress spans quite a few decades and my son's trousers and shirt outfit work for a large period of time as well, so that's good. I would like to make them some more Regency-style clothing though for any future event we may go to.


The event was lots of fun. The kids and I hung out with the Ft. McHenry volunteers for a good portion of the day (one of which I met at the flag stitching and who is very nice), went on the Ft. McHenry boat tour to see the fort from Key's point of view during the battle, and walked around the fort. I was thrilled that my kids were happy to play with the period games for a long, long time. They played stick and hoop and Graces. I was pleasantly surprised that my 6 1/2 year old son took on a "teacher" type of role with the game of Graces for a  boy that was one of the spectators that came. They played for probably half an hour. I think there's some promise there for some future history/museum related volunteer work! He took to it so naturally!


The highlight of the event was definitely the raising of the replica flag. We just happened to be inside the fort for a bathroom break at just the right time. Most of the spectators were kept out (there wouldn't have been room for them all), but wearing a costume definitely has its advantages. The horse-drawn caisson from Arlington Cemetery had brought the flag to the visitor's center the night before and around 7 pm, the horses pulling the caisson carrying the flag stepped into the fort. We got to help unfurl the replica flag (at least to hold a tiny piece of it - the kids even got to touch it again before it went up). Dozens of people surrounded that flag keeping it off the ground and it was a gorgeous sight! Not to mention it felt absolutely lovely to hold - the wool bunting is just delicious to touch!

And then when that flag soared up the flag pole, and it just furled and unfurled magnificently in the wind just like it says in the song - WHEW! What a heart-soaring feeling that was! The experience is hard to describe, but tears smarted in my eyes and I overheard one of the stitching ladies saying that it made her cry. Ah! It was an awesome sight to behold. It just made me feel so connected to and proud of our great American heritage! Most of all, I was so glad that our kids could be apart of that whole experience and that they were able to touch that flag and maybe feel a little of that connection to our country's history.

In fact, a really sweet moment happened when I was with the kids in the museum of the visitor's center. The kids were playing at one of the exhibits. And then an older gentleman approached me and indicating the kids said, "Thank you for what you're doing." I was a little confused at first, so I asked him if he meant bringing the kids or just dressing in costume in general. He then told me that he was a Texas Cowboy reenactor of some kind and said that there are so many kids that don't get to have that connection with history and the best thing you can do for them is to start them off young. He then thanked me again and moved on his way. I was a little taken aback, but pleased too. That is exactly how I feel about connecting children to History and while they're so young it sometimes is hard for me to do a lot, but I do what I can. It was nice to be acknowledged for that too, even though it wasn't something I was looking for.

As a little treat, I'm posting a video of the replica flag going up the flagpole, because it's just something you need to see! You can hear me in the background saying things like "Oh, wow!" and "There's our stitch!" haha! So don't mind me. :-)