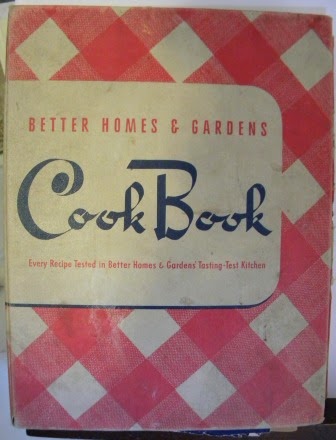 A few weeks ago, my friend Lori and I swapped cookbooks for a bit. I recently acquired a 1945 Better Homes & Gardens Cook Book with a wartime insert at the front. She has the same cookbook, but it's a 1943 edition and the wartime insert is a bit different than mine. So, since we both enjoy reading WWII recipes & cookbooks, we decided to swap! It's been fun perusing the different recipes. During the war, BH&G published their cookbooks as usual, but to help with wartime-friendly recipe ideas they put an insert at the beginning. How thoughtful!  :-) 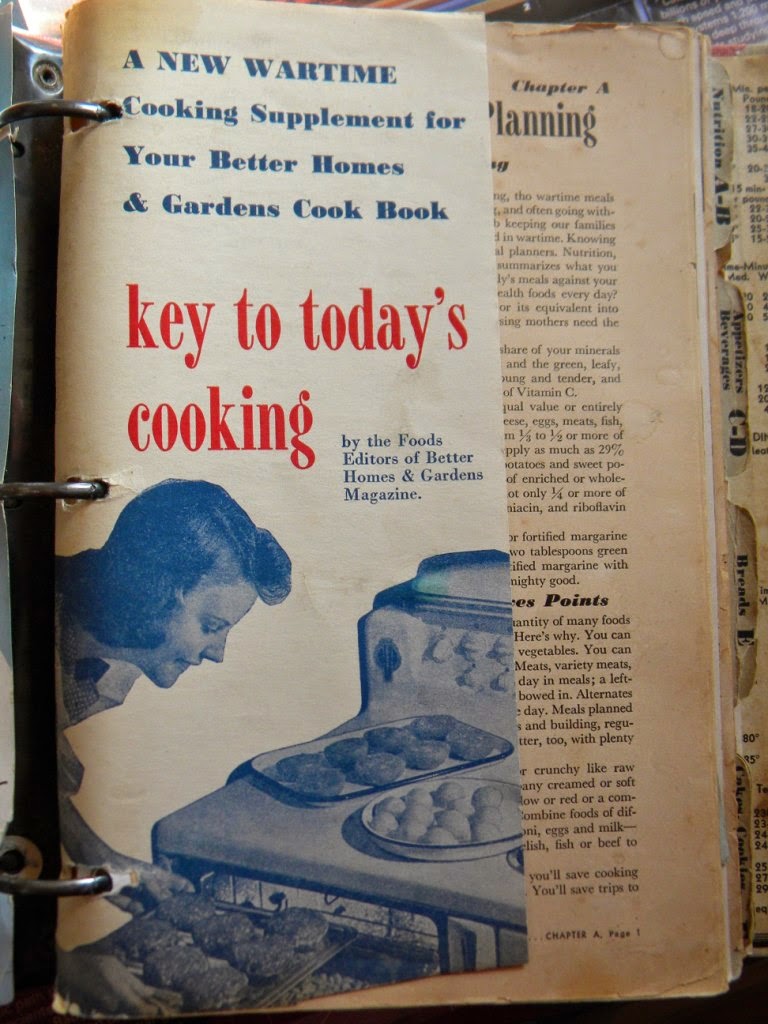 For this week's recipe I decided to try a recipe from Lori's 1943 cookbook and I was intrigued with one for Orange Honey Loaf - a sweet, orange flavored quick-bread with a little note at the end of the recipe stating you could put cream cheese between two slices for a nice wartime lunch sandwich. What a fun idea! Don't you think that would be a nice change from a regular ol' sandwich with regular ol' bread? I wouldn't mind taking that for lunch.


You start off by creaming the shortening (in this case softened butter) with the 1 cup of honey. That is a lot of honey!

Add in the orange peel and beaten egg. So, I had to fudge it a little at this step. I had a spice jar of dried Valencia orange peel, but no fresh orange peel, which I'm pretty sure is what they were implying in the recipe. So, I used 1 Tbsp. of the dried orange peel and cheated even more by putting in food-grade orange essential oil to make up for the dried peel. My kitchen smelled lovely, let me tell you!

(A note about the honey - it makes a difference in which type of honey you use depending on how strong you want the honey flavor. Clover is the mildest and wildflower is one of the strongest with other honeys falling somewhere in the middle. Orange Tupelo, a divine orange blossom honey, is expensive, but it would be awesome for this recipe since the honey strength is a tad more than clover. I used a mixture of a lighter honey with wildflower and it turned out with a nice distinctive honey taste without being overpowering. Be careful in purchasing your honey too. Since there aren't many labeling laws for honey in the U.S., many brands of "honey" are mixed with additives like corn syrup and aren't 100% pure. If you go for local raw stuff, that would be your best bet.)

Sift the flour, salt, baking soda, and baking powder. I used white whole wheat flour because it's what I had on hand, though it is a newer type of wheat that is not authentic to the times. Aah, well! The flour type is very forgiving in a recipe like this. You can use all-purpose, whole wheat, or a combination of the two and it will turn out well. That's the great thing about quick breads. 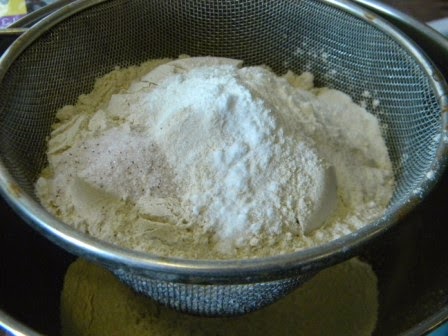 Alternate stirring in the orange juice... 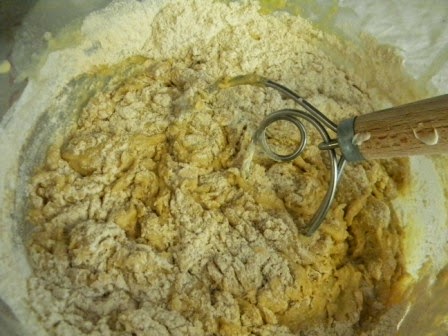 Stir until all is incorporated.
Stir in the nuts. The recipe calls for walnuts, but I get a mild reaction to walnuts, so I used pecans instead. 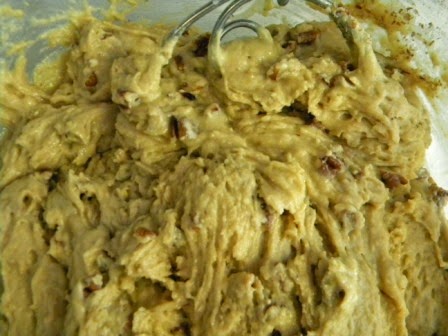 Line the bottom of the bread loaf pan with wax paper. Now, I've seen this instruction in other 1940s recipes, and it always made me nervous. I don't know why, but something about putting waxed paper in the oven... I needn't have worried because it worked like a charm! I greased the whole dish first and then put the paper in, so it stayed down great. I'm not sure if that's how they did it back then, but it worked really well for me.
Pour the batter in and bake at 325ºF for 65-70 minutes. My oven is a bit cooler, so it was in for 75 minutes. 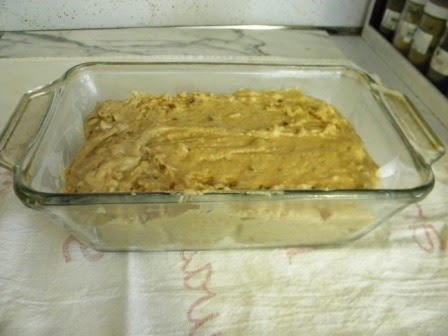 Voila! A gorgeous sweet quick loaf of honey & orange goodness courtesy of 1943. I could distinctly smell the honey and orange as it was baking. 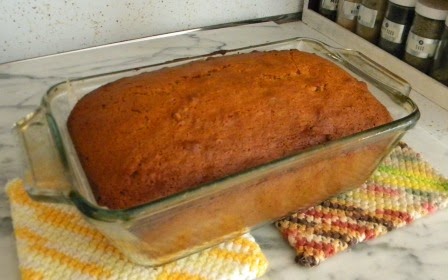 I ate one warm slice plain and one with butter. Both were a different experience, but tasted awesome!