Personally, I think prunes get a bad wrap. They're usually associated with the elderly, improving "regular" digestion, and viewed overall with disgust and something to be poked fun at. (see picture at right!)

I am not ashamed to admit that I love prunes. I think they have a wonderfully dark, complex flavor. In fact, they are sometimes used as a substitute for chocolate in recipes. I think everyone should at least try prunes once in their dried form - not necessarily as a glass of prune juice though. That's a whole different experience!

I've seen quite a few 1940s recipes using prunes. They weren't shy about it at all. Prunes were just another dried fruit and were right up there with raisins and other dried fruits. Of course, they were also valued for their health benefits of fiber for the bowels, just like they are today. I think their stigma needs to end, though, because there are many ways to enjoy prunes, including this week's recipe!

This week's ration recipe features the infamous prune in Prune Nut Cake. I've been holding on to this recipe for awhile as I really wanted to try it since I know that prunes aren't very glorified. I found the recipe in McCall's April 1942 magazine. The recipe is part of an ad for Royal Baking Powder. What I find so funny about this recipe is that smack in the middle of the recipe directions is a quick plug by "popular Mrs. Appleby" about how wonderful Royal Baking Powder is. It totally reminds me of Anne of Avonlea and Diana sending in Anne's story with a little plug for "Rollings Reliable Baking Powder" at the end. Haha!


I also like how this cake isn't that fancy. It's like your basic coffee cake but with nuts, dried prunes, and a dusting of powdered sugar for the top. That's it. I'd say it would be a nice tea-time snack or a lovely finisher to a fortifying ration-friendly dinner. 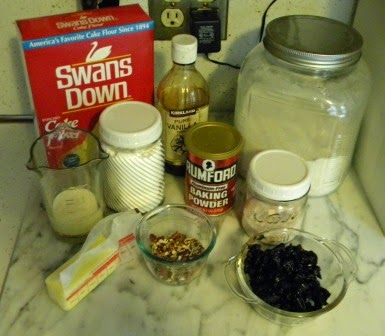 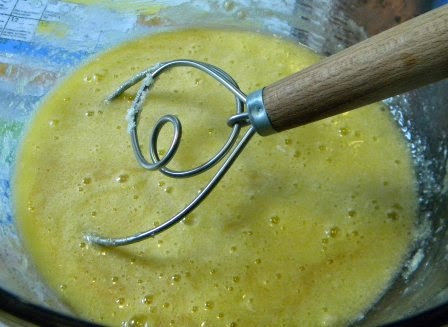 Cream the shortening, then combine in the sugar, eggs, and vanilla. 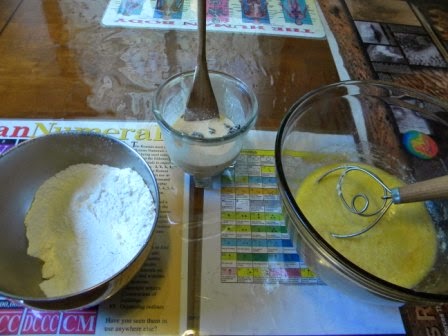 *A few notes: I had actual heavy cream (low-temp pasteurized) that had soured (it only smelled sour, not bad) that I used, but you can definitely use full-fat sour cream as well. Also, the recipe calls for stewed prunes. Stewing them makes them very soft, but as my prunes were already soft and mushy, I skipped the stewing part. (To stew them, cook them in a little water until they're very soft.)

**June 27, 2014 - Just found a recipe for making stewed prunes in one of the Westinghouse Health For Victory guides (July 1944):
"To Cook: Wash prunes with cold water. To each pound of prunes add 2 cups water and 1/4 tsp. salt. Use a covered utensil. Cook on high heat until steaming, then turn to simmer on lowest position which will maintain steaming. Cook 45 minutes to one hour. Add 1 tablespoon sugar just before removing from heat." 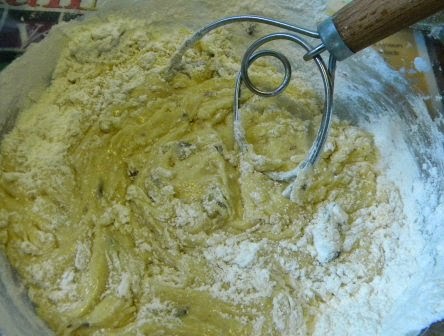 Add the flour mixture, a few parts at a time, alternating with the prune/cream mixture, mixing well between each addition. This gives the batter a lovely, creamy texture. Fold in the nuts. 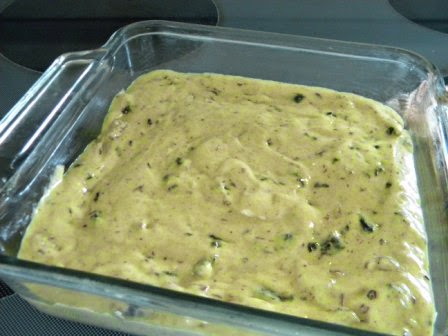 After cooling, sift powdered sugar over the top and there you go! 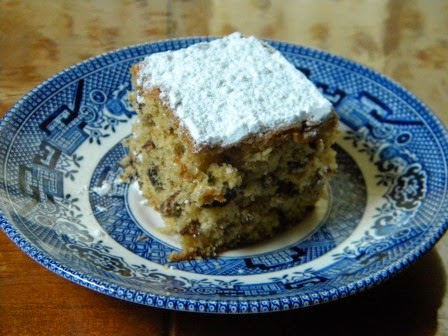 This cake was very tender and has a wonderful texture and taste. I didn't feel the prunes were overpowering at all. Amidst the cake, you get a taste of the prune, the crunch of a nut, and overall it is a very pleasant morsel!

If prunes, really, truly are not your thing, I suppose you could substitute any dried fruit to your liking - blueberries, strawberries, apricots, raisins, dates, figs, etc. Even coconut! Just use the basic cake base and directions and then add the dried fruit that you choose. Keep in mind, though, that if your dried fruit is particularly dried or chewy (except for coconut), you'll need to stew them in some water to soften them up. That way they won't end up as little rocks in your cake. 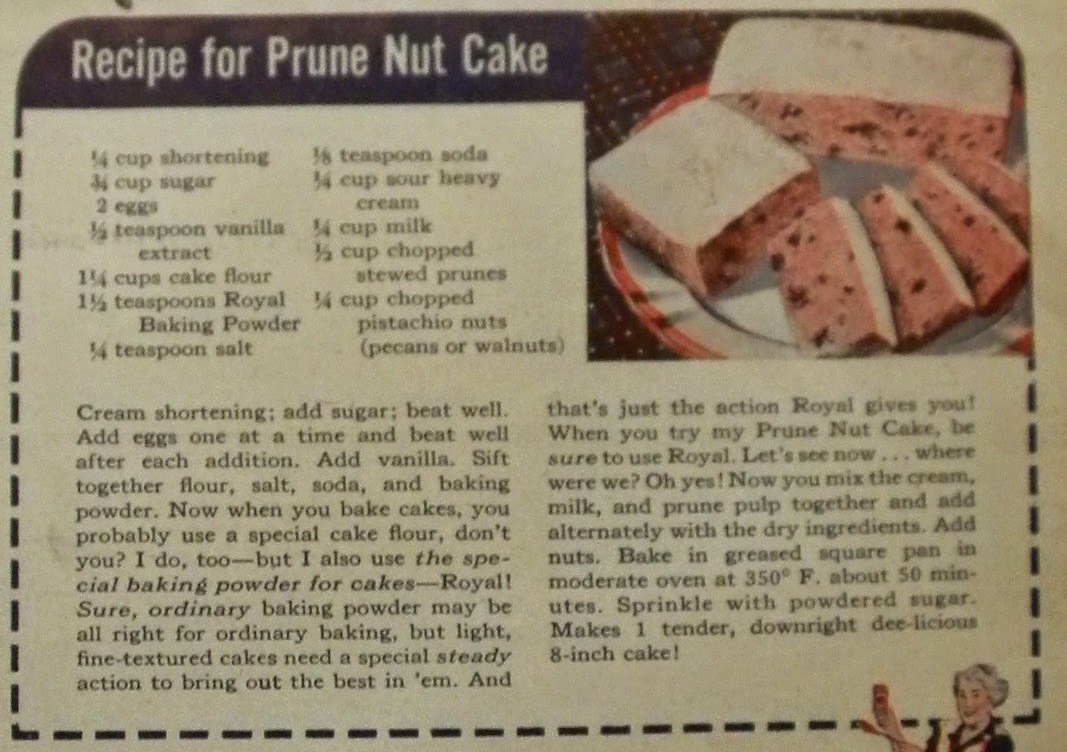