- July 11, 2014
My son and I absolutely love lemon curd. It's pretty much an elevated lemon jelly but with butter and egg yolk; so creamy and rich, bright and delicious! We have lots of fun finding things to put it on like shortbread cookies, pancakes, in plain yogurt, etc. So, when I found this British ration recipe for Lemon Curd Without Eggs, you bet I was going to try it!

When I told my friend Lori about the recipe I'd chosen she made an interesting observation. She wondered how during the war the Brits could happen to have lemons lying about, which were not domestic, but not eggs, which were domestic. I don't have an answer to that one and it makes me wonder too! I really have no idea. It is possible that some people grew lemons in hot houses, but I can't imagine they would be that plentiful, unless they were somehow getting them in from Spain instead. Intriguing little mystery!

One of the ingredients is called "vegetable marrow". When I looked it up, vegetable marrow is essentially a medium-large, elongated summer squash with green skin and whitish flesh. Right now finding large summer squashes is difficult, so I had to content myself with small-medium zucchini. If I had been thinking properly about it, I would have opted for yellow summer squash as the zucchini gives the curd a bizarre green tint. Haha! I suppose you could always make lime curd with zucchini!

This recipe used weight measurements for everything! So the first step was to peel and scoop out all the seeds of the zucchini. 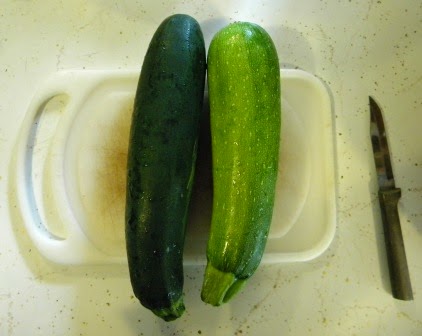 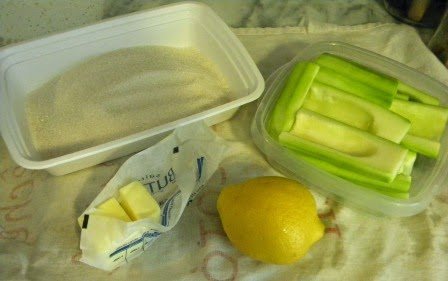 Ingredients are simple - 2 1/4 medium zucchini, about 1 1/2 cups sugar, 1 lemon, about 3 Tbsp. butter. You might want to weigh the ingredients yourself just to make sure. I was silly and didn't write down the measurements at the time, so I'm going off memory here! 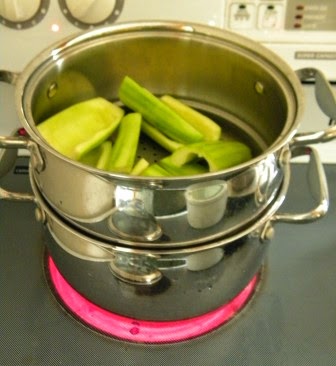 Steam the zucchini until it is very soft and can be mashed and easily whipped smooth with a fork.

I wasn't content with just the fork mashing, so I took the additional step of pushing it through a sieve. The texture was much smoother after that. 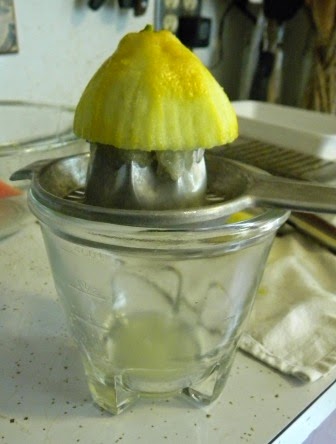 Zest and juice one lemon. 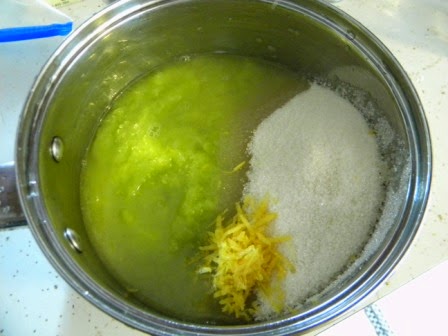 Put all the ingredients into the pot. 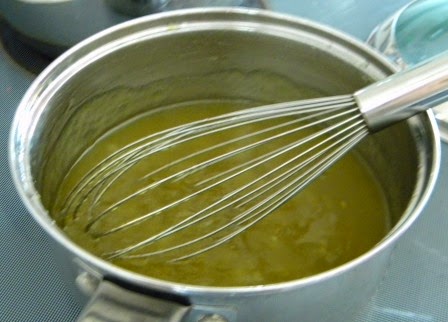 Cook and stir for 30 minutes until nice and thick. You might want to put on some good music. It's a long 30 minutes. I even think that 30 minutes may have been too long since my curd is extra thick. Maybe 20 minutes would have been better? 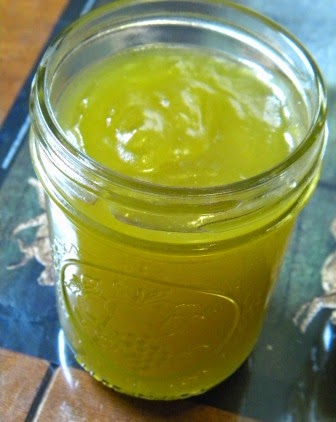 Put curd into jars and top with lids. Store in the fridge once cooled. It made 2 half-pints for me. 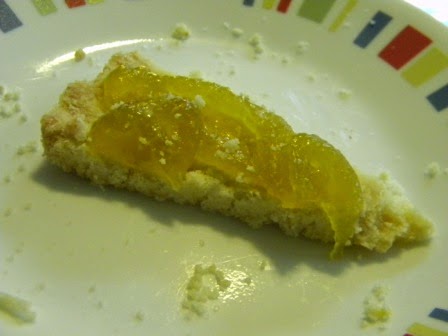 We ate our lemon curd on some lemon shortbread cookies. Oh, my it was so yummy! I could tell it didn't have that rich decadence that lemon curd with egg yolks has, but it was still very good and I never would have guessed it was made with squash! If I were to tweak the recipe, I would add a bit less sugar and more lemon juice since I like my lemon curd to be more on the tart side. I'd say it was definitely a success, though!