I found this week's ration recipe for Knox Gelatine Spread in a couple places - one was this original Knox Gelatine pamphlet featuring the spread recipe and various recipes in which you could use the spread. The other place was in Grandma's Wartime Kitchen by Joanne Lamb Hayes. According to Hayes, this gelatine spread was quite popular with housewives and was published a lot in women's magazines in the summer of 1943. I went and checked one of my Ladies Home Journal resources from June of 1943 and while I didn't find the actual recipe I did find references to "spread" (printed in quotes just like that) in a week's menu in their "How America Lives" section. It even had a helpful listing of what it would take to feed a family of 6 for a week with foods and their ration points costs at the time. So, 1 pound of peanut butter and 1 pound of margarine were both 5 points and 3/4 lb. butter was 6 points. That's pretty cool! See the pictures below: 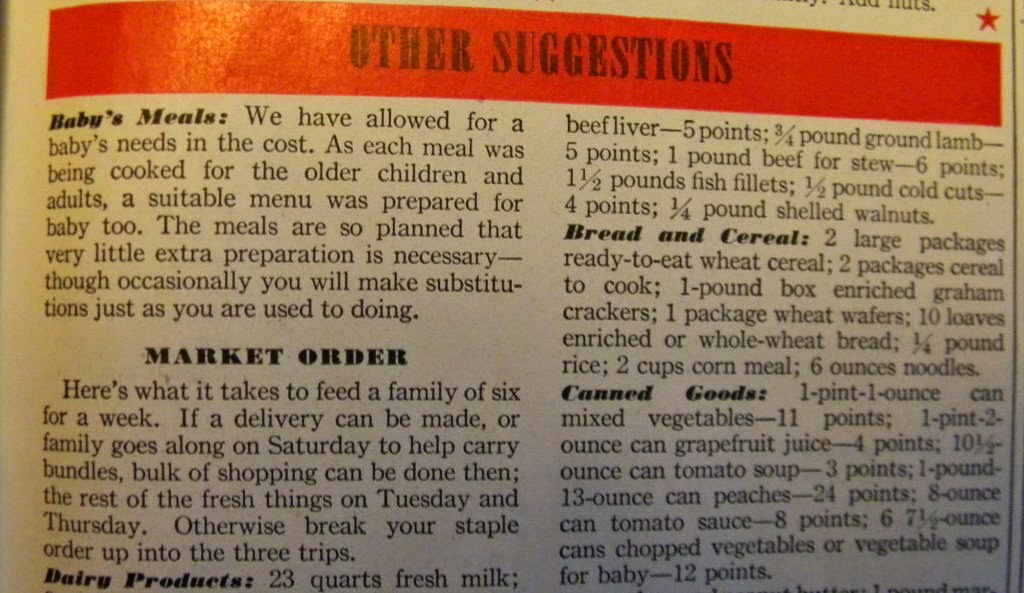 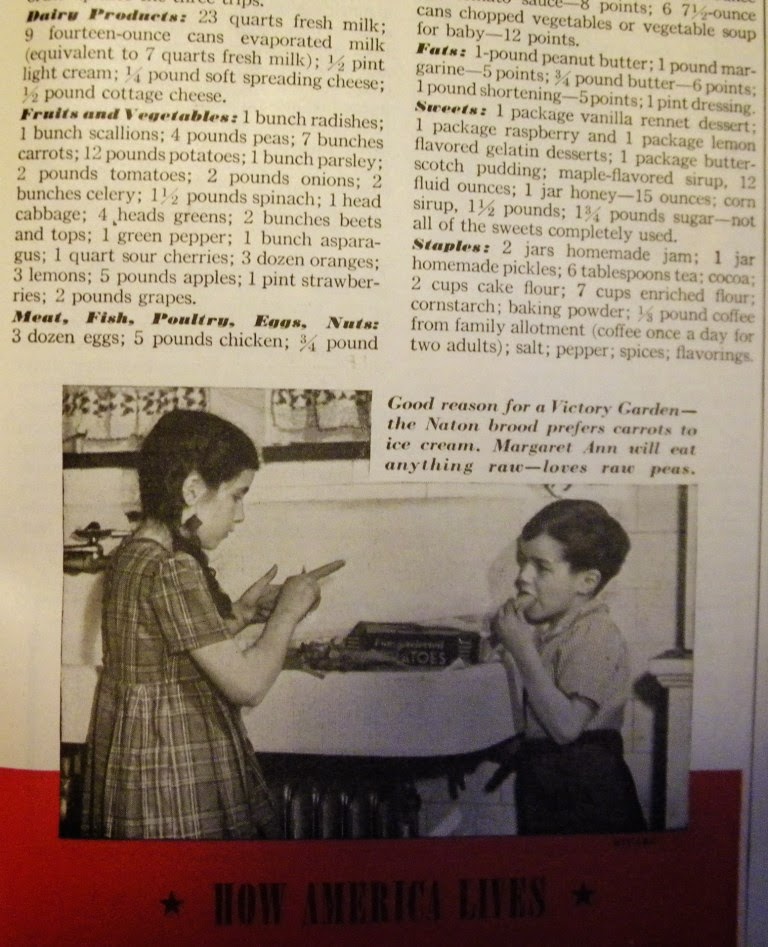 In the Knox pamphlet, they point out that their gelatine was not the same as the fruit-flavored gelatine which just had a fraction of protein. Their unflavored gelatine was pure protein, and using it would boost the nutrition of whatever you were making with it.
I wanted to try the recipe for the spread to see 1) how it tasted and 2) if it did a good job of extending the butter like it said. 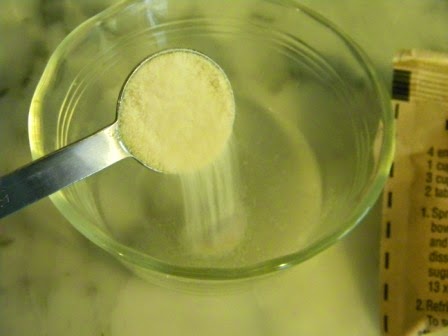 Soften the gelatine in cold water. 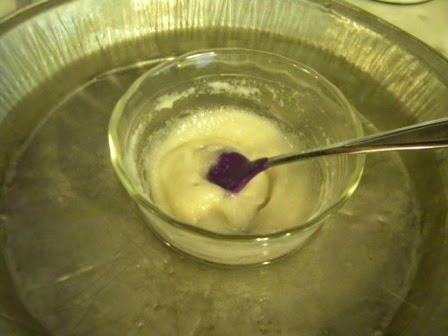 Then stir to dissolve while sitting the bowl in a pan of hot water. 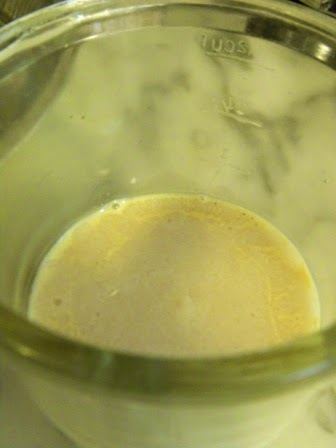 Mix the salt and milk, add the gelatine. I accidentally let it sit without stirring and it solidified in the cold milk. So, I had to take an extra step to put the glass container in a pot of hot water and stirred it with a fork until it all dissolved again.

Now I guess I cheated on the next step. The recipe says to soften the butter in a bowl over hot water without melting it. Not melting it is very important! That whole process just sounded complicated to me, so I set my unsalted butter out until it softened and then whipped it with a whisk. I did set the bowl over the hot water and whisked the butter until it warmed a little bit more to be more compatible with the warm gelatine mixture. 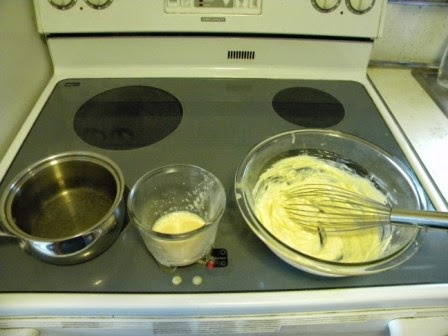 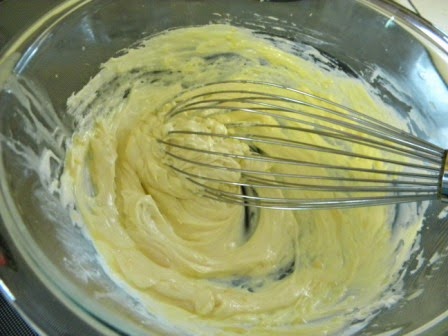 Then I slowly poured in the milk-gelatine mixture while whisking, almost like I was making a homemade mayonnaise. I did that until all the milk was incorporated. I have to say I was very surprised that it still looked like butter by the end! I thought I was going to end up with a soupy mess.

I tasted it at this point and it tasted just like butter, but I could also tell there was another texture in there. It wasn't a bad texture, just not straight butter. I refrigerated it and it set up nicely. In the end, the spread really reminded me of margarine in color and texture, but it's nice that it's still actual butter.

And did it extend the butter? It sure did. It really did double my butter! I find that so incredible. No wonder this butter extender was popular! Another bonus to the Knox pamphlet version of the recipe is that you could use the recipe to double your margarine or do half butter and half margarine. Love that versatility!

Now the real test comes in using it in recipes. I'll save that for another week. :-) Maybe I'll use one of the recipes in the Knox pamphlet - like Ham and Peanut Butter Spread! Yum! haha!


Here is an excerpt from the Knox Gelatine Pamphlet along with the recipe and the warning not to use the spread in frying, sauteing, or greasing pans. Good to know! 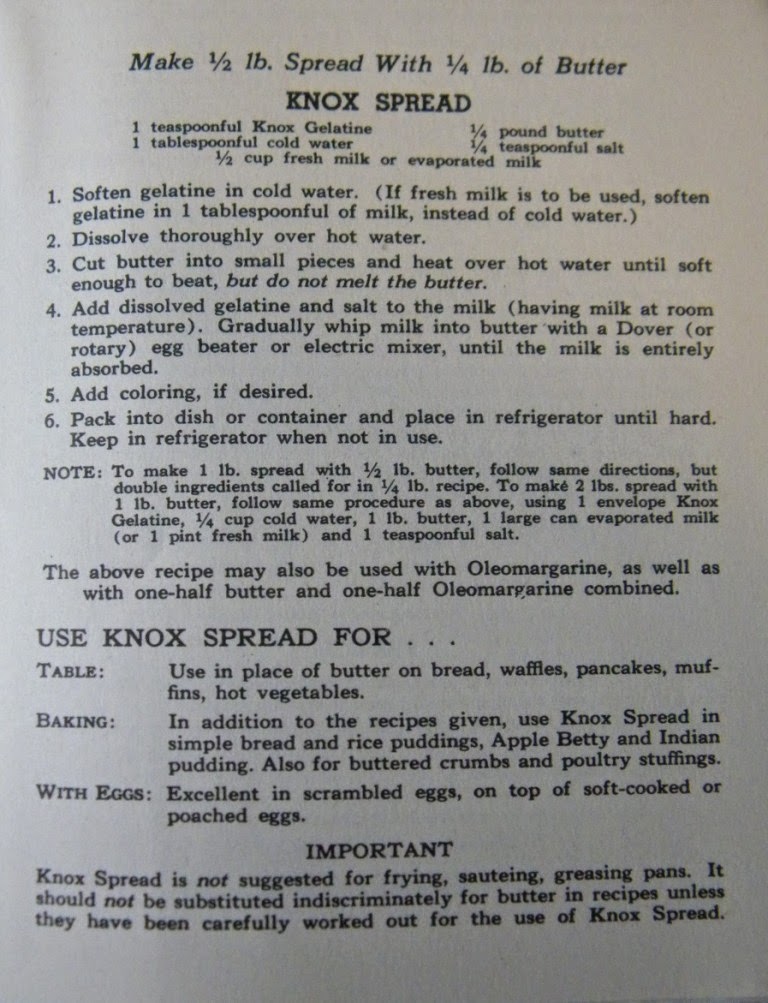