I've always wanted to make homemade tomato soup. What's funny is that I cook a lot of things from scratch, but tomato soup has always, in my mind, been something that came from a can. I grew up with my mom putting milk in it. I always hated tomato soup. Then I married my husband who was appalled that I put milk in it (and then wouldn't end up eating it). He then taught me the other way to make it with just straight water - and I actually liked it! As much as anyone can like it who doesn't like tomato soup.

As for today's ration recipe for Southern Tomato Cream Soup, it's got milk in it. But I kept an open mind, especially because it called for chopped green peppers. Interesting!

Milk was one of those things that the US government encouraged everyone to have in their diet, and not usually just by drinking it. There were all sorts of recipes to get milk in your diet including puddings like the tapioca pudding I made early on in this project. Putting it in tomato soup was also another way as we'll see.

Soup was also one of those things you could usually put together quickly. I love that most 1940s soup recipes are simple and fast.

For today's recipe the ingredients called for are tomato juice (I like more texture so I used crushed tomatoes w/ some water added), green peppers (I didn't have enough from my garden, so I used some dehydrated ones that I reconstituted), butter, flour, salt, pepper, and milk. 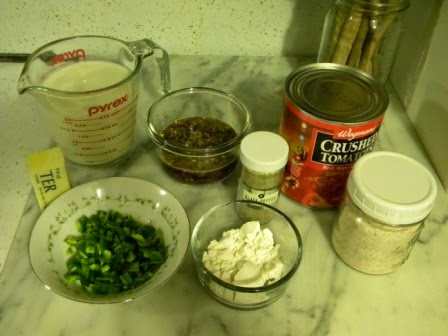 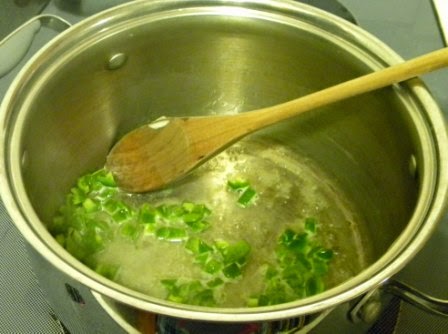 Mash the flour and butter together until they're a nice paste. 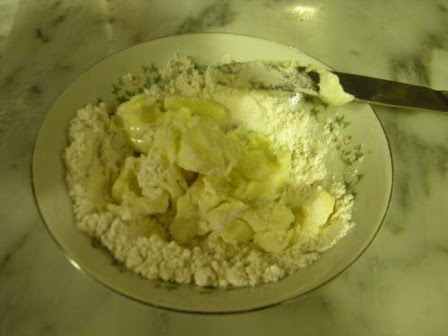 If you blend the flour this way it keeps the soup from getting lumps. It's a nice, easy technique that works like a charm! 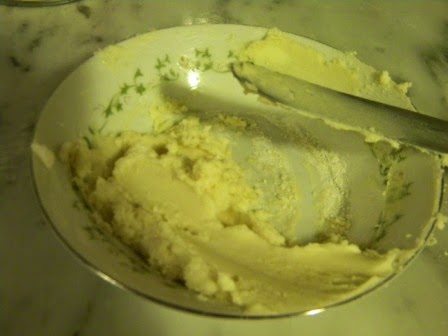 Once the green peppers are tender, add the tomato juice (or crushed tomato watered down a bit) and spices and bring to a boil. Add the butter/flour mixture and stir until melted. 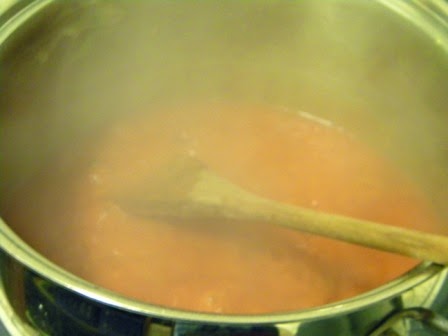 Next add the scalded milk. It's important to scald it so that it's hot to begin with when adding it to the soup and I think it also helps keep it from curdling. (I added in my reconstituted green peppers at this point.) 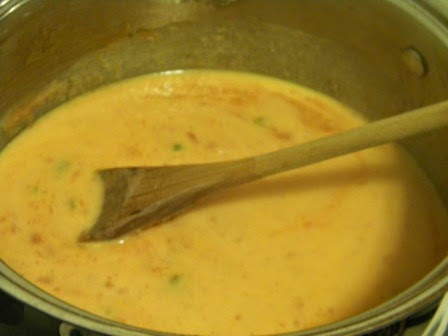 Dish it up and serve! 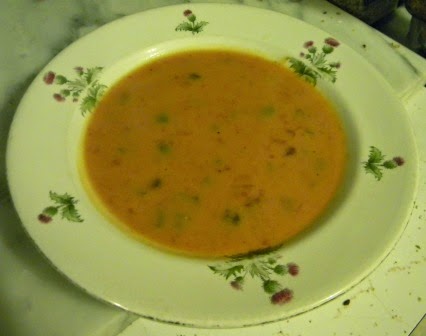 This soup was actually pretty good! I thought it was a nice cream soup and was surprised that the tomato flavor is not as prominent as I thought it would be. The green peppers add a lot of flavor for how little you put in. It's still not my favorite, but it's a nice change from the same ol' soups we usually have.

My husband was excited about the green peppers and he seemed to really enjoy the soup. Our son, who usually devours tomato soup didn't like it. He's more of a "canned tomato soup with water added" kind of kid. Our daughter who usually hates tomato soup, or tomato anything for that matter, claimed she didn't like it, but then kept stealing licks with her spoon. :-)