- November 22, 2014
As my project winds down, I'm scrambling to try and find recipes in sources I've neglected and get in the last few recipes I feel are important to experiment with as a representation of the period. I know I won't fit them all in, but it's been fun going through and trying to select those last golden gems! Like the recipe I made today.

This week's ration recipe for Bohemian Kolache sounds so exotic doesn't it? I looked it up and found on wikipedia that a kolache (coming from a Czech word) "is a type of pastry that holds a dollop of fruit rimmed by a puffy pillow of supple dough. Originating as a semisweet wedding dessert from Central Europe, they have become popular in parts of the United States." Sounds yummy to me!

I wanted to make a bread and I wanted to use my 1945 issue of the Better Homes & Gardens Cook Book again. I think I've only made one or two things out of it. So, when I saw this sweet bun recipe that called for mace I was intrigued! Mace is one of those ingredients that not many people use and not many recipes call for, but I love it. Mace comes from the outer covering of the nutmeg seed. So it tastes a lot like nutmeg, and yet it's also a bit peppery.

After making these, I really felt that these kolache would make a fabulous breakfast bread for Thanksgiving, Christmas, or New Year's day. The only catch is that it needs to be made the day before as it requires 4 separate risings - 3 if you cheat like I did. If you start in the morning, you should have it done by the early afternoon.

On to the recipe! This recipe calls for flour, sugar, salt, mace, grated lemon peel (I used dried), yeast, shortening (I used butter), milk, and eggs. 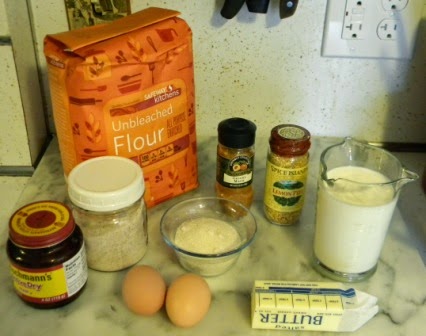 Scald the milk. Combine the sugar, mace, grated lemon peel, shortening and the scalded milk.
Cool the mixture to a lukewarm temperature. Soften the yeast in the mixture for a few minutes. Add in the eggs and flour and beat well. I found the dough to be too sticky so I added another handful of flour. 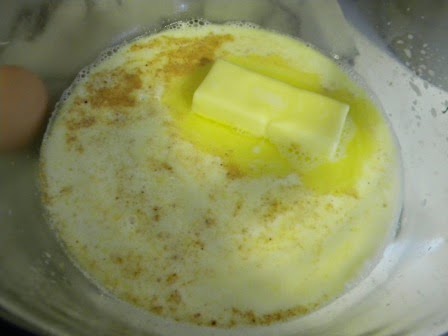 Beat the mixture well. I beat with my electric mixer first and then hand beat it. 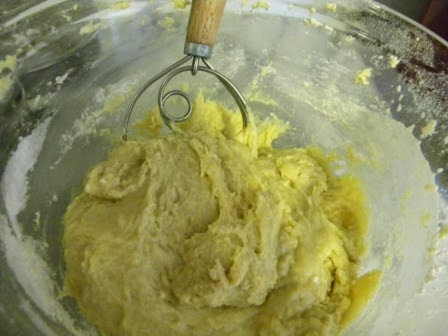 Cover and let rise in a warm place until doubled in size, about 2 hours. At this point the recipes says to punch it down and let it rise again, but I skipped the second rising and went straight to rolling it out. 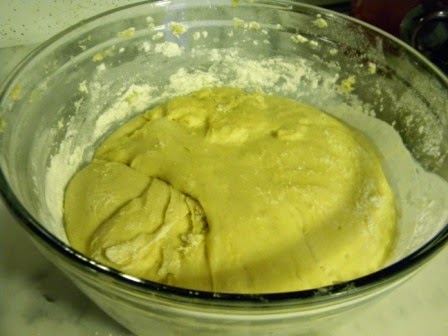 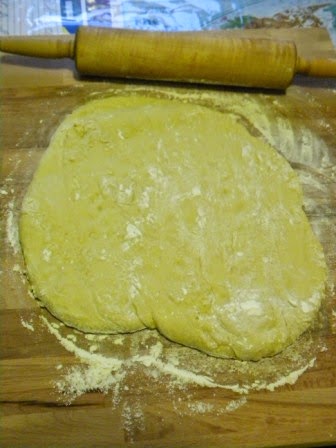 Cut 1 1/2" rounds. The recipe says it makes 2 dozen, but I'm pretty sure I got more out of it than that. Place them on a greased cookie sheet or use parchment paper. Brush them with fat - I used butter.
Cover and let the kolache rise in a warm place until doubled in size. Once they've risen, use your thumb to make an indentation in the center of each one. 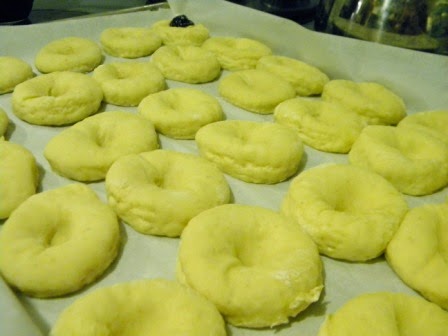 Put a dollop of jam in the center. Now, the recipe calls for orange marmalade. Unfortunately, I didn't have any orange marmalade, so I used a homemade blackberry-plum jam instead. It tasted good, but I think any berry flavor is too strong and overpowers the lovely mace flavor. A jam with a more delicate flavor like orange marmalade like they suggest or maybe even apricot is perfect for these.

Next, you cover and set these in a warm place again to rise and get puffy. *sigh* I know! It's a lot of steps, but it's worth it. 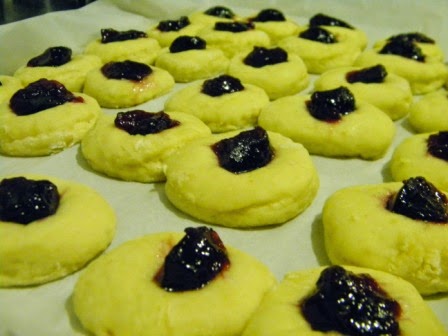 Bake in an oven preheated to 400º F (though I think 375º F would be better) for 15 minutes. Mine turned out too browned. Next time I think I'll try a lower temperature. 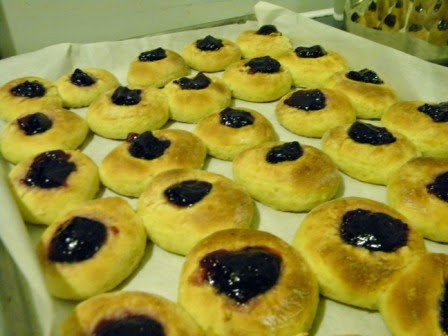 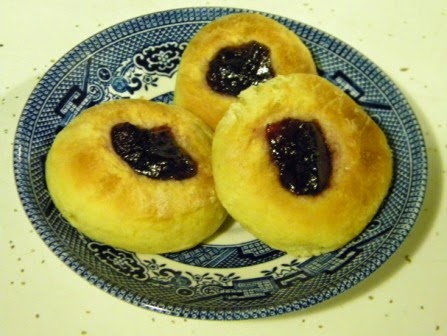 These little buns were lovely! They were soft and fragrant and the mace really stood out... until the blackberry kicked in. I really wish I'd had the orange marmalade. I think even sprinkling a bit of powdered sugar or a light glaze drizzled on top would be a nice touch. There's always next time, I suppose!

I know these require a lot of risings, but I'd really encourage you to give these a try for your next holiday breakfast or gathering!