- February 21, 2015
Today it was blizzarding outside and our old house is a bit chilly, so baking a warm, comforting cake seemed just the thing to do this afternoon! My goodness, how I've missed cooking ration recipes and posting about them! In fact, I had just announced to my husband I was going to make a new ration recipe (and I was all happy and bubbly about it) when he said, "Aren't you supposed to be working on your sewing challenge instead?" haha!

He's right! I've been working on my daughter's chemise and while it's a simple thing to make, those darn underarm gussets get me every time! So, it's still in progress.

Anyway, on to the new WWII ration recipe! I'm not going to be posting anymore of the tutorials or do much historical background, but I'll still post a picture of the finished product and the recipe so you can try it for yourself. I probably won't try anything too crazy again, not unless it's irresistible! haha!

Today I flipped open the February 1944 H-for-V booklet and immediately found this Eggless Applesauce Cake with raisins and nuts that sounded perfect! You should read the other stuff too about "Food Front Flashes". I especially love the updates on crop yields on the left. It's good to know! :-) 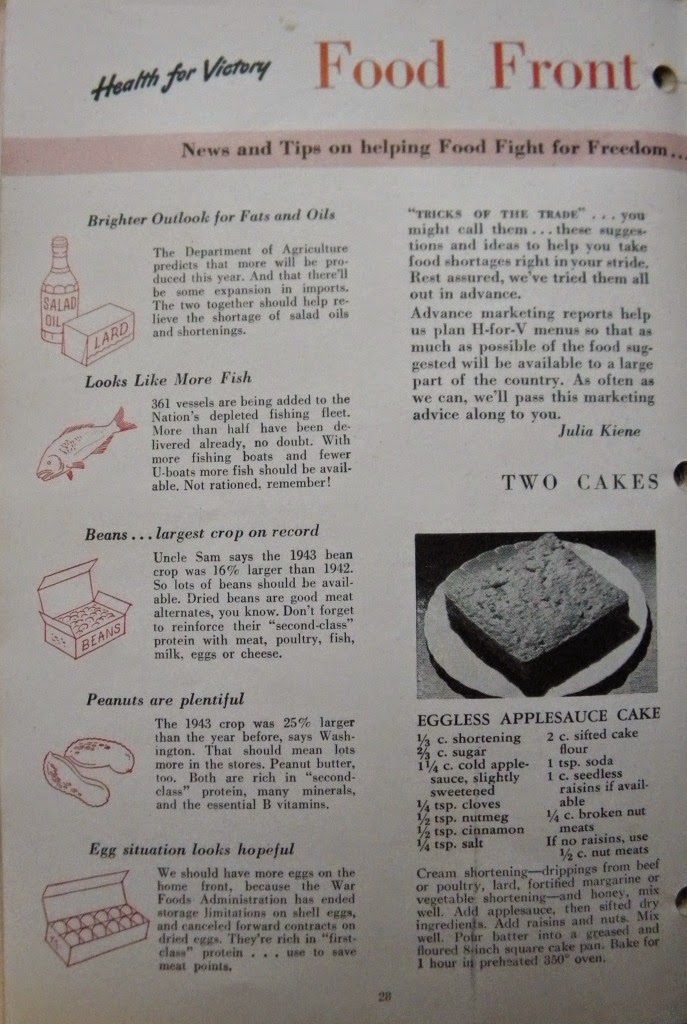 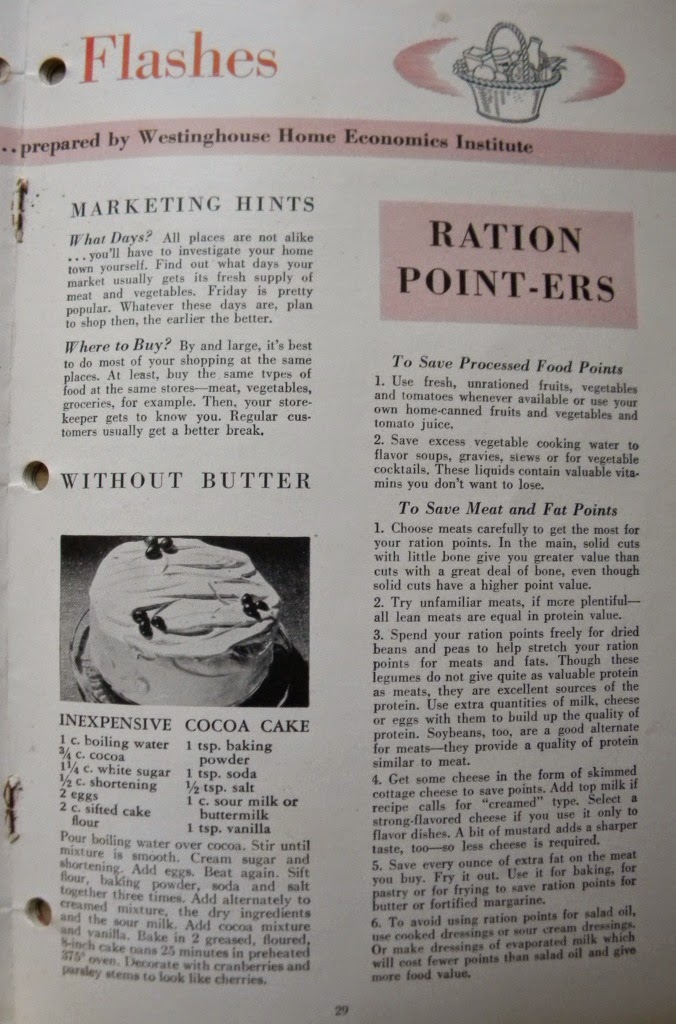 The weird thing about the recipe is that it calls for 2/3 cup sugar, but in the directions it says honey instead of sugar. I used the honey and liked the flavor which seemed to complement the applesauce. I also used a chunky applesauce which was very nice!

I put the cake in my recently acquired bundt pan. I sure could have used a bundt pan last year during my project!


The cake was rich and moist. 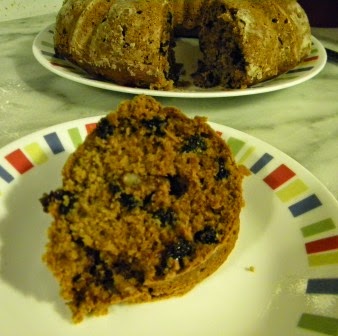 I made a raisin butter sauce to pour on top. It was really good. Hubby was impressed, and even my 5 year old little girl who abhors raisins or nuts ate the whole thing. It must have been good for her to agree to do that!

About the Raisin Butter Sauce: I had super crystallized raisins, so I boiled them in water that just covered the cup needed for the recipe. I drained the raisins and then added them to the batter, reserving the raisin water. Then I heated the raisin water to simmering, added a big knob of butter, a few pinches of salt, then mixed a tablespoon of cornstarch with about a 1/4 cup of powdered sugar which I whisked into the raisin/butter water. It thickened up into a nice sauce and it was quite lovely on top of the cake!
I just couldn't let all that good raisin water go to waste! :-)