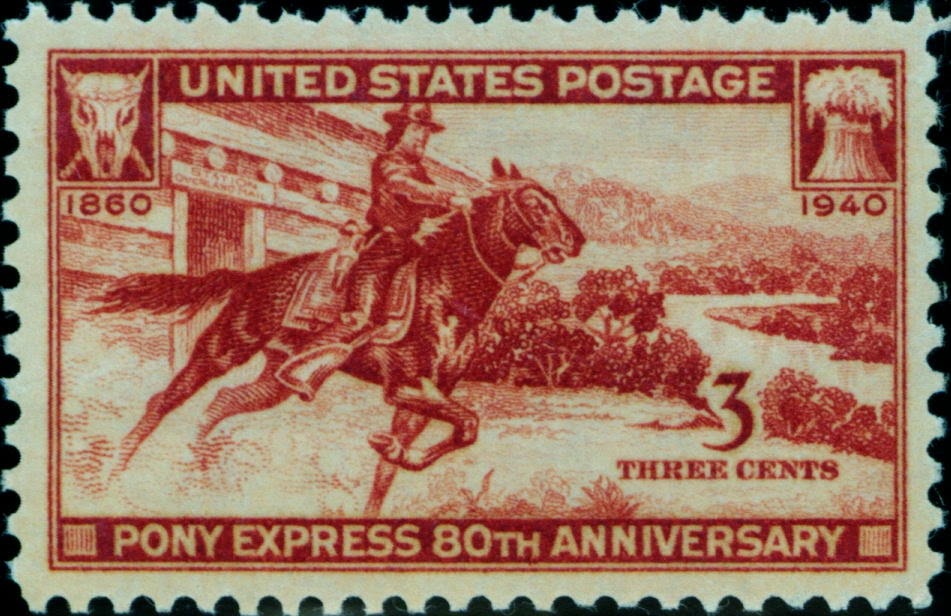 Today is the 155th anniversary of the Pony Express.

American Western history was never really my thing, but one aspect that always captured my fascination was the Pony Express. It's so incredible how the mail, newspapers, and packages could be transported so quickly (in as little as 10 days) across such a vast distance from Missouri to California using pony riders. It was a short-lived service, lasting only 18 months, but what I love most is that the Pony Express was on the cusp of drastic changes and availability of technology like the Transcontinental Railroad completed in 1869 and the widened use of the telegraph. It filled a need for the expanding country, serving as stop gap before available technology caught up.

For all of those far out lonely western settlements, having a service like that was important. And while the short-lived Pony Express may not have had a big impact like the railroad, it's still good to think about and remember the incredible risk those riders took so the western settlements, cities, and states could feel connected to the rest of the country.

I wish I could say "Hug a Pony Express Rider (or a pony) Today!", but we're a bit too late for that. At least raise a glass of something to the Pony Express - the most thrilling and dangerous postal run in U.S. History!
19th century history