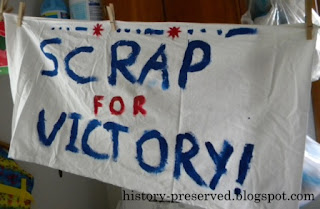 The last weekend in April my family and I attended our first WWII event as reenactors at Graeme Park, PA. It was a nice, small event and super close to some friends of ours, so it was a really enjoyable first event with the bonus of hanging out with friends. I wish I had had more time to learn about the site. There's a lovely historical home, garden, and other outbuildings along with a small museum. We'll have to go back another time to enjoy it separately.

To get ready for the event, I wanted to get the kids involved, so they painted "Scrap for Victory" signs to hang from our old wagon. They had a lot of fun doing that. 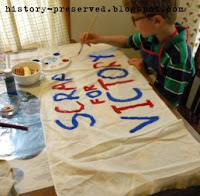 I put together a display about wartime rationing, but I realize now that there's a lot to read and not much to interact with for the public, so it's something that I'm working on. It's a good start though! 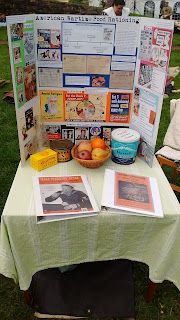 And here's our whole set-up along with the wagon! (Oh, did I mention that it was cold?? It was cold.) 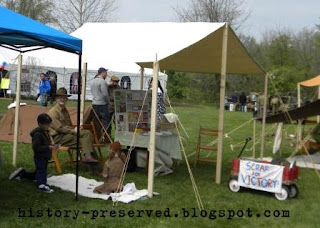 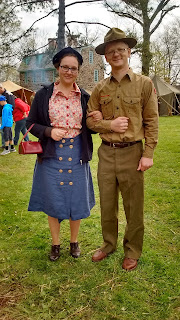 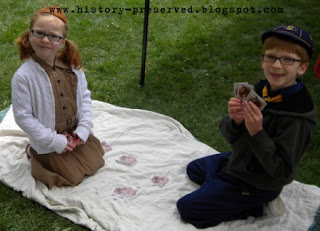 There was a small collection of antique cars. This one was pretty! 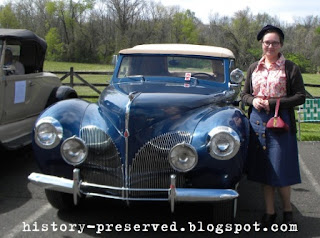 Our next door neighbors had an impressive display about the history of Kilroy. We had some nice chats with them. 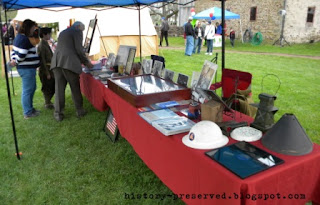 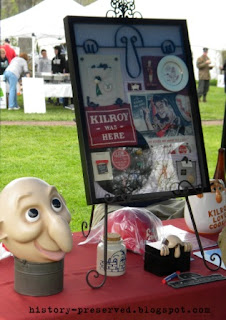 My friend Cassie and her mother-in-law Eileen had a great American Red Cross set-up at the event. I'm hoping to be able to join them at some events in the future wearing the royal blue ARC canteen uniform so I can talk about rationing and nutrition during the war! 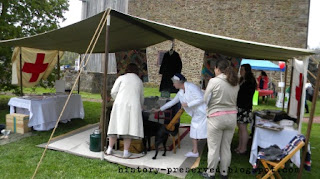 Another neighbor down the way was the British Women's Land Army run by Laurel and her sister. Their camp was so charming, I instantly fell in love. I have good memories of researching British women's roles in the war, so I was thrilled to join up with their group and am working on doing research on Land Girls and Lumber Jills and getting together an outfit!

Isn't their camp just wonderful? It's so cozy! And I love that they have a photo of King George hanging in their tent! They were very friendly and welcoming and invited me to snoop around their tent and take photos. They even offered me some Jammie Dodgers, so they're my new best friends now. haha! 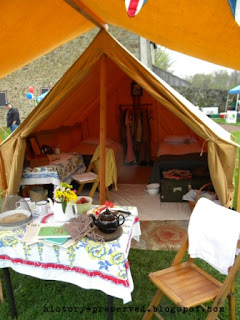 During the day there were two separate battles. It was the first time I've watched a WWII mock battle and it was interesting! I've watched so many Civil War reenactment battles. There were some similarities, but of course the weapons and vehicles were different. They did a great job, though. And I wasn't surprised to hear some spectator make a ridiculous statement about how they weren't using the real thing, so it couldn't possibly be that realistic. Well, of course not! Some people really make me wonder... 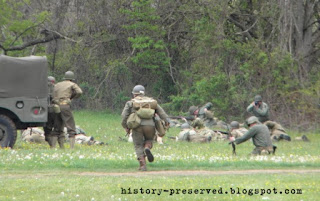 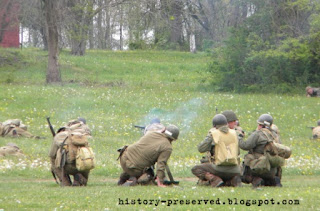 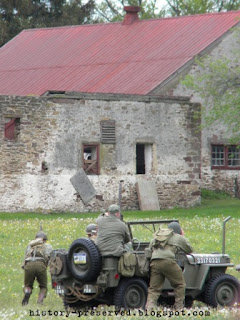 Overall, it was a really nice event and one I'm pretty sure we'll be returning to in the future.
1940s reenactments WWII