- November 30, 2016
I've encountered several recipes for what are called "gems", which are essentially muffins. I haven't figured out why some are called muffins and others are called gems, but Squash Gems sounded quite delightful, so with squash season upon us, I thought I'd give them a try!

I decided to add some dried zante currants (mini raisins), because I like things in my muffins. 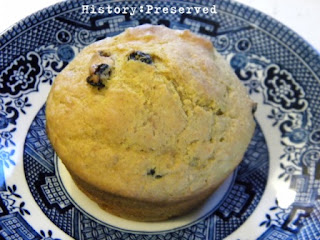 It looks pretty tasty, doesn't it? Well, it was! It had a delicate flavor and was a nice addition to breakfast and as a snack.


As you can see, it's a pretty standard muffin recipe. I just love that they're called gems. It makes them seem more special somehow! 😉