- March 20, 2018
In the crazy midst of preparing for a very involved ration dinner for my challenge, I realized the dessert the menu suggested wasn't something I could make - I was totally out of flour which hasn't happened in a long time! Scrambling to figure something out, I turned to my 1940 Cape Cod's Famous Cranberry Recipes booklet.

I could wax poetical about this book all day! Just look at that color! And the recipes inside are some of the most interesting, innovative ones I've seen for a long time. 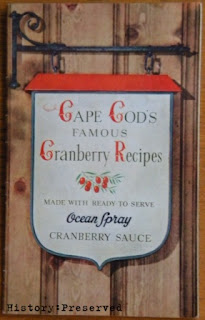 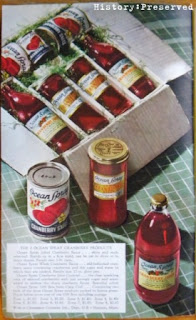 Well, finally one recipe caught my eye because I happened to have all the ingredients. Or at least I thought I did...

Cranberry sauce, almonds, mashed banana, lemon rind - check! I didn't have whipping cream, but I did have a package of Dream Whip that I've had sitting around. That could work.
And I didn't think I had marshmallows. But I did have Korean marshmallows a friend gave me! Better yet they were in different colors and were swirly. Cool! 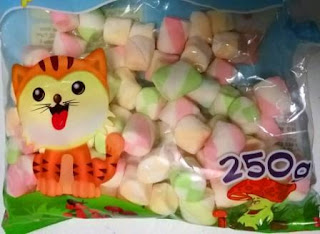 I threw it all together and it worked. Even better, it was quite tasty! I could tell it wasn't real whipped cream, and the banana with the cranberry sauce was interesting. I think if I had left out the banana and used real whipping cream, my kids would have been all over this! I think they're getting too discerning with these ration recipes...

I still think I get an A for effort when it comes to "making do" though. I think I'll be making this one again. 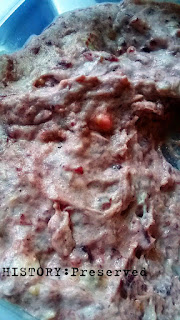