- December 01, 2018
We're down to Week 11 for the Vintage Autumn Celebration. I had originally just planned 12 weeks, but when I was looking more closely at the calendar, I saw that we have 13 weeks until the start of Winter! This worked out well, because I hadn't planned a series finale yet. I've stumbled on some exciting maple recipes for ending the series, so stay tuned for those!

This week's recipes come from two different, but new sources to this series.

The first recipe is for Maple Nut Ice Cream from The Boston Cooking School Cook Book, ca. 1945. This book title has a long history, and many previous and subsequent editions. I was happy to get my hands on a wartime edition - at least it was published during the war. It doesn't say much about rationing. I went ahead and included both ice cream recipes and the full list of all the amazing variations. I think it's really fun to compare vintage recipe flavors with modern ones - and to see which ones have stood the test of time! The recipe for Maple Nut Ice Cream is in the middle of the page and sounds absolutely delicious! I know I posted another Maple Nut Ice Cream recipe in Week 4, but that one uses rennet and cream as its base, and these recipes use gelatin. I think it would be interesting to compare. 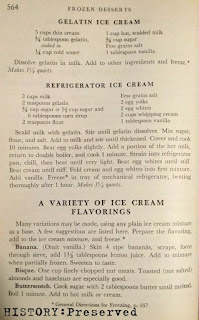 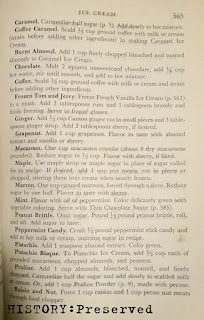 The second recipe is from The Lily Wallace New American Cookbook, 1945. I really love peanut brittle, so this recipe for Maple Nut Brittle really caught my eye! Oh my gosh. I think I'm going to have to make this one for the holidays! And take a look at the variation with coconut instead of nuts!