Showing posts from March, 2019
Show all

History in the Kitchen - WWII: Day 3 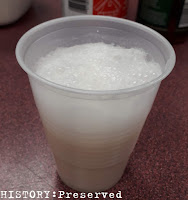 Class - Day 3 of my homeschool co-op class focused on Sugar in wartime. We talked about how long sugar was rationed (the longest out of anything else!) and why. We went into all the different sugar replacements that were available and suggested during the war. I thought it would be fun to explore sugar rationing by having the class try out different wartime drinks! The first class tried- Maple Cream Ginger Ale - 2 tsp. maple syrup, 1 Tbsp. heavy cream, fill the cup with ginger ale Hot cocoa syrup with honey - 1 c. cocoa powder, 1 c. mild honey, salt, water, vanilla The class really liked both drinks. The Maple Cream Ginger Ale was my personal favorite. The second class tried- Florida Milkshake: orange juice, grapefruit juice, sugar, evaporated milk, ice Spiced Grape Punch: grape juice, water, sugar, lemon juice, cloves, & cinnamon Most of the kids like both, though there were some that didn't like one or the other. I think the Florida Milkshake is the bomb
Post a Comment
Read more

The Diary of Mrs. X: Installment 2 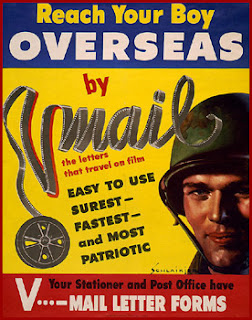 I apologize for the long time between this post and the last one. After a discussion with my writer's group, I became concerned about some of the entries in the diary that are of a more sensitive nature regarding Mrs. X's complicated relationship with her husband. While those aspects of her life are interesting to see how wartime affected a family, because it's not my family and I don't know who they are, I don't feel comfortable posting those entries. I wouldn't want her rolling around in her grave because her private life had been plastered on the internet, and I wouldn't want to offend anyone either. So, for the sake of further privacy, I'm only going to post selections that I feel are appropriate to share - of which there is quite a bit, especially about Girl Scouts. I appreciate your understanding! Tuesday, January 2, 1945 Back to school and to work! I went back to bed until 9:30! How I love that bed in the morning! Got Connie off at 5:30
1 comment
Read more 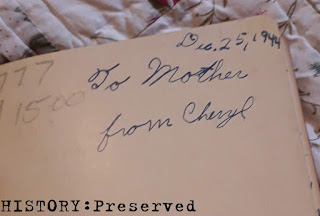 Welcome to my new series, The Diary of Mrs. X! I feel very blessed to have come across the 1945 diary of a woman in an antique shop in Boulder City, NV. My initial flip-through was exciting and revealed mentions about the war, tidbits about her children Bev, Cheryl, and Jack, her husband Connie*, places in the Los Angeles area, and just little and big every day things. I was entranced immediately. What a wealth of information about an American woman living on the homefront during the last year of war! This wealth couldn’t go unshared, so I wanted to start this series of transcribing her diary so others could learn from this original source. I’ll be sharing an entry once a week, but if the entries are particularly small, I’ll share more than one. Starting a new habit can be difficult, as we all know, so she didn’t write every day. There will be some large gaps in the dates, but I think that’s part of the allure of her diary. It reveals just how human and relatable she is.
3 comments
Read more
More posts